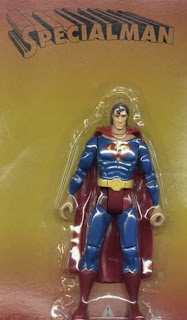 I admit up front that I write in a manner that often appears to be simply pugilist in nature. Sometimes that is there...I provoke in order to draw out the debate. But I see that not as a means to draw someone into the line of fire; as much as it's meant to draw people into conversations, debates about stuff that is serious to me or needs to be talked about.

All mediums of communication dance with the line between confrontation and contemplation...or sensationalism and passion. Everyone chooses which medium of information they are going to engage. Some like a Charlie Rose of PBS and others find the rancor of a Oberman or O'Reily...or the Trojan horse approach of Colbert or Sterwart. And if you are like most of us...you approach it with a buffet plate...a bit of this and that...but regular favorites.

We are more and more a sound bite culture and that lends itself to huge hurdles for ongoing dialogue. Most folks just don't have the time or energy to flay a subject...its too emotionally draining or time just doesn't allow. That means folks often don't read my thoughts in entirety or are simply at the mercy of the nature of the internet and its limited circumspect nature....we are all far more complex and nuanced than a 140 lettered TWEET.

I start fires...because I want the light...not to just burn down the house.

In fact, my issues are both my strengths and my weakness. My wounds make up my sensitivities that both draw me to those who need someone who "sees" but they also blind me many times as well. How does one avoid that reality? I don't let that stop me from doing what I do...I trust the process to do the work. In time light, experiences, people, conversations, knowledge, pain, suffering and enough u-turns...bring one into greater wisdom. Is there a wake of brokeness behind me? Yes...and by the grace of God, I've sought to learn from it, restore where able and over all pray to avoid as much damage as possible in the future. But in the end...I must be content to go forward in the direction of my future. I cannot drive looking in the rear-veiw mirror.

I've always been a thorn more than a feather.

I dont say that as an excuse..but as a confession. I've accepted the fact that there is a expression of the nature of the God found in my volatile image. I used to carry that knowledge as a burden...but more and more I have come to hold it as a gift. What I thought was my shame...has gradually become my strength. I have to embrace the fact that I will not be liked by many. I will be a lamb among wolves. People will hate me...for the Jesus in me and simply because I am an ass most of the time if the Spirit isn't the dominating bridle in my day to day life.

I've accepted the truth that I am "Being Resurrected"...I'm not "Superman" but I am a "Specialman"...I ok with that.

I am in process...I am being born...I am coming to life...what God has done within me...is slowly emerging and taking over me and will someday burst out in all its transforming power and glory.

But for now...it's from glory to glory...a slowly dawning light.
Posted by Unknown at 11:53 AM

Your honesty isn't for everyone, Eric. Fine by me but no real surprise you have ruffled the feathers you have along the way. Bluntness and true honesty often gets you more "enemies" than "friends". It's just that the friends remain such through the long haul and the enemies usually choose to remain anonymous. Trust me on this one. But hey, at the end of the day I would rather be questioning the way I "delivered" my thoughts than regretting not making my thoughts known at all. Trust me on that one, too! Keep fightin' the good fight, brother.

オテモヤン said...
This comment has been removed by a blog administrator.
8:23 PM

Not sure what to think but the Japanese seem to dig it!