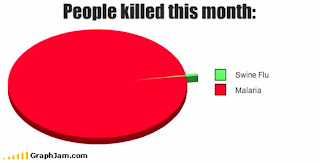 Ha ha, that's ridiculous. It's been blown waaaaay out of proportion.

I'm wondering who is making the money off this hysteria? Somebody HAS to be.