The radical subversiveness of the common meal... 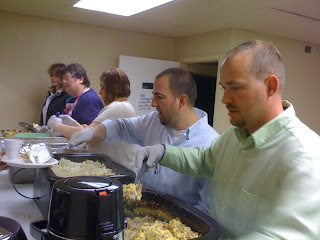 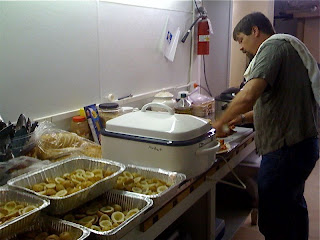 "Then he turned to his host. “When you put on a luncheon or a banquet,” he said, “don’t invite your friends, brothers, relatives, and rich neighbors. For they will invite you back, and that will be your only reward. Instead, invite the poor, the crippled, the lame, and the blind. Then at the resurrection of the righteous, God will reward you for inviting those who could not repay you.” -Luke 14:12-14

Most people would never think that an invitation to dinner could be considered a subversive act. Who would of dreamed that generosity would undermine the very societal structures of the culture or kingdom. But that is exactly what the radical inclusiveness and hospitality of Jesus sets in motion.

Daniel prophesied about this conquering and subversive kingdom that would come: "While you were watching, a rock was cut out, but not by human hands. It struck the statue on its feet of iron and clay and smashed them. Then the iron, the clay, the bronze, the silver and the gold were broken to pieces at the same time and became like chaff on a threshing floor in the summer. The wind swept them away without leaving a trace. But the rock that struck the statue became a huge mountain and filled the whole earth." (Daniel 2:34-35) 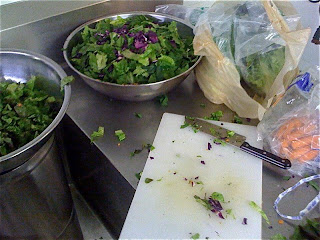 When we are serving meals on Tuesday, we are confronting the very powers that seek to weave chains of racial, economic and dead religious bondage. We confront the systems of this world that divide, ostracize, oppress, ignore and mock the very people Christ called most blessed...the poor. When we all recognize our own poverty and join one another around a common meal, we take part in the total deconstruction of the kingdoms of this world...crumbling kingdoms, that stand in opposition to the ever growing kingdom of God.

"My brothers, as believers in our glorious Lord Jesus Christ, don't show favortism. Suppose a man comes into your meeting wearing a gold ring and fine clothes, and a poor man in shabby clothes also comes in. If you show special attention to the man wearing fine clothes and say, "Here's a good seat for you," but say to the poor man, "You stand there" or "Sit on the floor by my feet," have you not discriminated among yourselves and become judges with evil thoughts?" James 2:1-5ish

Keep up the good work in serving and uplifting those that God has chosen to be rich in faith and inherit the kingdom he promised to those who love him.