"They shall give glory to the Lord, and shall declare his praise in the islands." -Isaiah 42:12 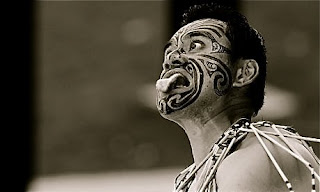 At the invitation of John, a Hawaiian coworker of LeeElla's; we attended and enjoyed a Hula hosted by the students of Eastern Washington University. It was put on by the many students at EWU, representing Hawaii, Tahiti and Samoa and other Polynesian islands. My favorite dance of the night was the men Maori War dance. That was amazing. 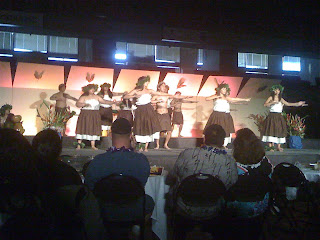 There were many Hula's which leave one with no doubt why the islanders are known for their romantic and seductive powers....it was a classy sexy vs the typical urban sexy which is often...not classy. The hooting and hollering of the single Hawaiian's was testimony to their hip casting spells. It was a lot of fun. It was beautiful to see a culture that doesn't deify the thin...in fact the girls that were in need of a big mac were the ones that seemed awkward in the dances. They just didn't have anything to shake...skin and bones don't giggle and swell to well!

It amazes me that so many cultures have found dance to be a beautiful and creative way to link one generation to the next, to tell story and have a healthy outlet for emotions. Americans are so uptight when it comes to movement. We have reduced this powerful form of human experience or even worship to merely a tool for seduction, a lower nature aphrodisiac. That saddens me. I love the way a teacher teaches a student and then a student becomes the teacher...its a rhythm of passage that we as a culture have less and less of. I found celebrating the ethnic beauty of these cultures, refreshing, fun and a reminder of the wonderful world we live in.

Cool! Sounds fun and exciting, especially when you have eyes to see value and beauty in everything.