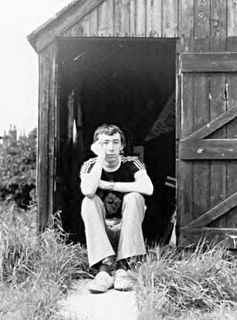 The second entrance of sinful attack is a boring spirit.
Being bored with what used to excite and ignite you will create a door to seek an alternative excitement or interest, and it does not matter what kind of interest or excitement, as long as it is an alternative, it is fine to a boring spirit. Boredom means to weary by monotony, it means to weary by doing or repeating the same thing. A boring spirit is a spirit that is tired and weary of repetition. Truth remains the same, but you have to learn to make it new and exiting to your spirit and in your walk with the Lord.

When a person has a boring spirit, four things happen.
First, your focus becomes affected and becomes diverted to an alternative, and normally the alternative is that which is contrary to our assignment.

Secondly, your pursuit becomes affected and diverted to an alternative. David was called to lead a nation and to conquer territories. Unfortunately, he became distracted in his pursuit, and began pursuing a woman instead.

Third, your commitment becomes affected and you no longer commit to that which used to feed and give you life. David was no longer committed to his assignment, but was instead committing himself to a woman. The principle is, whatever is valuable to us at certain times in our lives is what we often commit to.
Commitment is covenant. What you commit to, you will sleep with.

Finally, the last thing that is produced from a boring spirit is the birthing of an Ishmael. Prophetically Ishmael is the manifestation of a wrong decision and represents that which God has not ordained. A man with a boring spirit has no restraint. And where there is no restraint, there is the gratification of self-pleasure.
-by Dr. John A. Tetsola