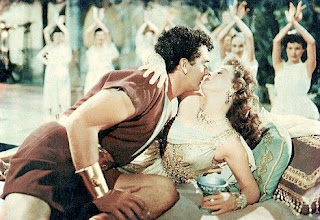 “Watch out! Don’t let your hearts be dulled by carousing and drunkenness, and by the worries of this life. Don’t let that day catch you unaware, like a trap. For that day will come upon everyone living on the earth. Keep alert at all times. And pray that you might be strong enough to escape these coming horrors and stand before the Son of Man.” -Luke 21:34-36

Three buddies and I headed down to the Elk Public House and it happened to be the last night of Elk Fest. Now this is a rumpus affair that at first glance seems without being too overly dramatic, a Caligula inspired block party. Lots of loud music, mainly 20-30 year olds, lots of beer swilling, some bump'n and grind'n and some funky beats. It was a strange place for two lead pastors, a worship leader and a preacher man who is known for "Bringing the Thunder" to be found discussing the mysteries of the Eternals and the challenges of Terra Firma.

But there we were, kicking back at a table in the our local pub, barely able to hear each other pontificate about deep religious matters; like missional church planting, the challenges of generational ministry transfer, incarnating the gospel in an Act's 2 way with signs that would matter to the emerging generation, community service projects, Emerson's wisdom on the place of the poet in framing the future...etc. All the while surrounded by a host of urban tribal leaders with dreads, plugs and beards that would have made Thorin Oakenshield proud! 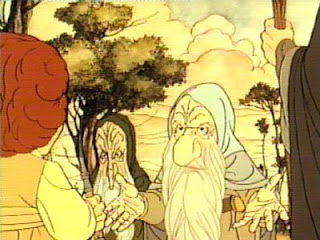 While wisps of post Sunday service pastoral wisdom rose from the ale strewn table, they mixed with the ear drum splitting bass of Chris Brown, the cackle of drunken college girls, sobs of a broken hearted, slightly intoxicated, unconsolable lover, giggles from pregnant hippies crunk'n in the aisle, the barking "F**K this and F**K that" of hormone charged male hounds seeking their next lay.

It was our own personal dance of Divine transcendence and cultural decadence meeting and staring at each other. I found myself caught in the outworking of freely enjoyed but disciplined grace and the obvious lunacy of immoderate piggishness running rampant.

Upon reflection I see the deep and cautionary, yet liberating wisdom of Martin Luther as preached in his deliciously pugnacious sermon on "Soberness and Moderation against Gluttony and Drunkenness". I hope you will read the whole sermon, but here are a few tasty morsels:

"God does not forbid you to drink, as do the Turks; he permits you to drink wine and beer; he does not make a law of it. But do not make a pig of yourself; remain a human being. If you are a human being, then keep your human self-control....If you have been a pig, then stop being one. Augustine said: I have known many who were drunkards and then ceased being drunkards. But you are today just as you were yesterday and you go on thinking that it is not a sin."
Posted by Unknown at 8:53 AM

This is what I like, watching the world through the telescope of eternity.
chad