He will restore the hearts of the fathers to their children... 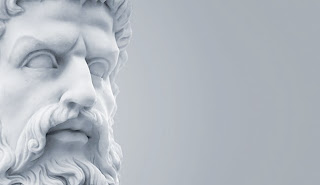 "Mythology is full of stories of the bad father, the sons-swallower, the remote adventurer, the possessive and jealous giant. Good fathering of the kind each of us wants is rare in fairy tales or in mythology. There are no good fathers in the major stories of Greek mythology---a shocking fact; and very few in the Old Testament." -Robert Bly (Iron John pg. 120)

With Father's Day past, I thought I would expound a little on my posts and sermon: "Failing Fathers: The Hope Of The Future". My basic desire was to show that parenting/fathering isn't always the fairy tale path that is often presented from most pulpits. I want to ease the load of guilt and religious browbeating that takes place on this subject. You cannot face scripture and literature square in the face and not see a mammoth amount of drama, tragedy, struggle and fight surrounding these roles. All of us adult males are usually wrestling "Fathers and Sons" within the same soul. For many men, that means they are in a lifelong personal exorcism, consciously or unconsciously; struggling to unearth and free themselves from the damaging entanglements of their fathers.

Even our President is sounding forth very personal messages about the subject:
"Someone once said that every man is trying to either live up to his father's expectations or make up for his father's mistakes..."I don't want to be the kind of father I had," the president is quoted as telling a friend in a new book about him. His half-sister, Maya, called his memoirs "part of the process of excavating his father." Obama now cajoles men to be better fathers — not the kind who must be unearthed in the soul." -Recent articles about President Obama and his speeches and writings about his childhood and fathering.

This earthly antagonism is graphically woven into the greek myths surrounding Kronos and Uranus:

"Kronos has arguably one of the most disturbing stories in Greek Mythology. With the demanding Uranus, or “God of the Universes” as his father, a young and bitter Kronos envied his father’s power. Urged on by his mother, Gaia, he cut off his Uranus’ testicles with a giant sickle. When Kronos later learned that he was destined to the same fate of his father, to be overtaken by his own son, he was naturally concerned. He decided to take matters into his own hands, and his own mouth. The plan was simple: he would eat all of his children. In the end, Kronos’s son Zeus escaped being eaten and gave his father a magic poison which made Kronos vomit/poop out all his children."

Here you see the archetypical battle between father and son. The fathers who "swallow" their sons and the young men who lash out, slicing at manhood, tearing at their progenitors with sometimes ferocious energy. It's a battle that has burned many homes down to smoldering ashes. It's an explosive divergence that never seems to just end when you leave, but becomes an interior civil war between generals who cannot die nor win.

This reality was summed up in a recent article I read on "Things every fathers should do with his sons". One commentators shared an honest reflection about the article when he said:

“It’s sad to admit, but my father never did ANY of these things with me. By the time I was in my teens I despised him, and everything he stood for. I vowed that if I ever had a son, I wouldn’t be like my father. I would be a good father.
Looking back over the list, I just realized something. I never did any of these things with my oldest son either.
My family… it’s like we were raised by wolves.” 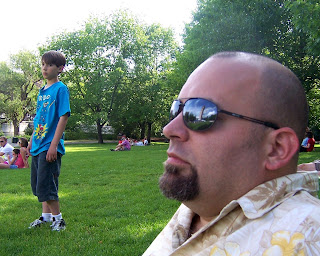 This experience is shared by many sons and those sons become fathers and the cycle continues. It is rare to find many examples of true father-son relationships that are based in time and not in memory, which is most often idealized and far from the actual truth (a grace of God for the living).

The bible calls upon followers of Jesus to live out this personal gospel experienced restoration and work at being a force for good in this cultural and familial wasteland:

"A religion that is pure and stainless according to God the Father is this: to take care of the fatherless and widows who are suffering, and to keep oneself unstained by the world. -James 1:27

24 million Americans today are growing up without a dad and almost half of kids under 18 not having a dad in the house this morning...you can see why God calls his people to extend love, grace and community to those without it. To disobey this deep call of God is to bring down thunder and lightning upon ourselves.

"When a young man feels unparented, he will try to burn your city down for you."

The evidence is all around us.

Thankfully in the New Testament we have a counterculture redemptive narrative that invaded the same cultural landscape that was producing these horrific myths of child eating fathers and castrating sons...it was the advent of the "SON".

In Christ's life, we have a redemption of the Father/Son reality. We see in the Godhead a perfect relationship that brings a unfolding salvation to all relationships that come under this Divine restoration. We see a Son content to listen to His Father, serve Him, glorify Him and never act apart from His will...even when it cross His own desires. We see a Father who is present, moving and working with His son, who is speaking words and acts of affirmation, empowerment and purpose. You see a new story, a better one...breaking like a long forgotten dawn on a darkened land.

It's a coming that redeems not only souls but relationships...more is saved than the immaterial realities for an afterlife...in Christ you see the curse broken and heaven and earth...creation and creator...restored and healed. 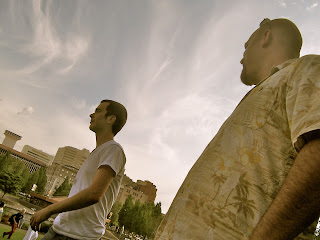 It's a truth that is better than the truth of the myths that ache for the coming of Someone greater...thank God, in Christ, we have the hope for all things being made new...that is something to celebrate after this Father's Day.
Posted by Unknown at 8:54 AM

I greatly enjoyed this post and the pictures. The subject of fathers and children has long been a puzzlement to me. Throughout the Bible, great men of faith were often not very good fathers, and I haven't been able to wrap my mind around the reasons.

Obviously, some of them were not good fathers because they simply had too many children. Who could be a good father to 70 children? Something Pastor Jim said a while back in a message also helped shed some light on the topic for me. He said that a person who cultivates a certain area of their life towards greatness in that area, often sacrifices other areas of their lives. So a man who dedicates his whole life, heart and energy to being a great military leader will often fail to be a good husband or father, or any of the other dozens of roles men are called to fill.

This is definitely a staggering problem for our whole planet right now. Your post is frank and thought-provoking. Your life as a husband and father is exemplary. I know that the people around you are paying attention, and God is glorified.