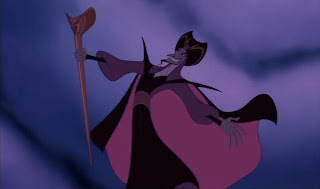 As we wrestle with the fruit of radical Islamic extremism and suffer through the consequences of it as a nation...one must start to ask serious questions about how we ended up where we are at. Not in a "Blame America" way but in a sincere search for answers or at least understanding of the visceral hatred that is boiling in the hearts and minds of many folks abroad and within our borders. This isn't an act of shifting the blame or making excuses for evil actions but a sincere attempt at social and religious diplomacy. Listening to others...being slow to speak and quick to hear. If we are going to move our country out of more and more international conflicts...it's going to take many great minds and courageous souls doing the work of spiritual and humanitarian diplomacy...not just bigger and deadlier weapons.

Martin Luther King once spoke about the dual work of both Charity and Justice that is needed in addressing social and racial (& religious?) evils. He talked about a river full of drowning kids and how there were good people doing the work of rescuing and pulling them out of the raging river. But how that was not enough...we need to go upstream and see who or what is causing these kids to fall or be thrown in the river too.

When I watch this short video on the impact of film portrayals of Arabs...I have to wonder if it's not a part of this drama.
Posted by Unknown at 10:29 AM

All of the talking heads going on about what a deadly threat Yemen poses to the world today rubs this Yemenite a bit the wrong way. If people knew the 1% about Yemen that I do they would choose their word more carefully.

The beaches are some of the best in the world. There is a phenomenally peaceful lifestyle that most Yemenis enjoy- but a history of conflict brought from Western presence. In the time of the old testament it was a wealthy land, a home of wise and poety people, and the Queen of Sheeba, solomon's lover. Now it is a poor country, left behind by the 21 century, and with a people that listen primarily to the Arab world's version of Bill O'Reilly.

So we should bomb them right? This is what Christians are pulling for, right?

"Blessed are the peacemakers, for they shall inherit the Earth" - some middle eastern radical

I feel blessed to have a friend who is American and Yemen"...and anyone who knows you, will attest to your deep humility, compassion and critical thinking and love of God and people. Traits that seem to be forgotten these days as we manhandle one another in the name of international relations.

Thats the conundrum in all this people are not just "christian" or "jewish" or "muslim"...they are also human, co-workers, spouses, family, friends, employers, politicians, sports stars, actors...they are people too.

I think we are burning from the very fire we have started in our own cultural laps; by primarily identifying one another by...parties, -isms', sexuality, denominations.

It's a genie that we have loosed from the bottle...and now, he doesn't want to go back in.

Wow, I just watched the video and I have to say it was so thought provoking. I have watched this kind of thing since I was a boy and all I know is when I see Christians portrayed in a bad light in ticks me off, but I have never even considered the feelings of an Arab. So narrow.
Love Dad