Wishing I could of said...yes. 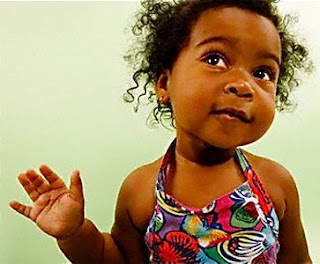 I was walking down the street of an upper-class area on the hill, lots of manicured yards, expensive cars, recessed houses with a moat of grass. Today, as most days, there was hardly anyone outside, surely they must be tucked away inside their beautiful homes; like nervous hermit crabs.

But today there was a little girl out in front of her home. I was approaching her driveway and instead of running off like a skittish deer, she approached me with a big smile and an arm full of barbies. I glanced around to see if her parents were present or about to come out, but she was alone. I kept walking, but slowed.

"Going for a walk?" she said with almost a giggle, her big eyes sparkling with memories of previous jaunts around the neighborhood, I'm sure.

"You want to come to my house?" She innocently said, like I was 5 or something.

I was bummed, because the first thoughts I had, were how all this interaction would appear to a concerned adult...even though it was brief and I had been walking past. I really did want to stop, talk and and see whatever she felt was worth showing to a complete stranger.

But this is a darker world than the light in her eyes and smile would allow...

I kept walking, thinking about how in all my walks, there's never been a strangers invitation to share a piece of their world. No request to show off a yard, a garden, a toy...nothing. No interest in sharing all the 'stuff' they have accumulated and nobody seems to interested in sharing themselves.

The loss of innocence is a tragic part of growing old...I think Jesus mourned the same loss, when He said that kingdom entering people will be those who return to such innocence.

I long for the day when saying "Yes" to a child's request to play, will no longer even be a question...

That day is coming. It's on the horizon, and if you close your eyes and pay attention closely enough, you may even be able to catch the scent of it. Charming picture, I've come back for a second and third look at it. :)